Doubling poetry – a book about the linguistic poetry of Marian Pankowski 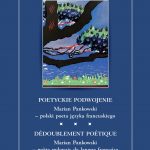 ‘One day, Marian Pankowski, a very polyvalent author, during a meeting in Brussels, when he was talking about his poems, he made me feel like getting to know them better’. This is how the book “DOUBLING POETRY. Marian Pankowski – Polish poet of the French language ”(DÉDOUBLEMENT POÉTIQUE. Marian Pankowski – poète polonais de langue française), written by prof. Dorota Walczak-Delanois, began. The Polish Science Contact Agency would like to recommend a publication devoted to this recognized professor of the Free University of Brussels (ULB), translator and author of the first post-war anthology of Polish poetry translated into French. The book was published at the end of 2020 in a bilingual Polish – French format in the Polish-Belgian series ‘Polonica in Belgium – Belgica in Poland. People – sources – texts’ (Polonica en Belgique – Belgica en Pologne. Figures – sources – textes). It is worth adding that it is part of the scientific cooperation between the University of Warsaw (Institute of Applied Polish Studies, Faculty of Polish Philology) and the Department of Polish Studies at ULB. Enjoy the reading!

END_OF_DOCUMENT_TOKEN_TO_BE_REPLACED

A Report on Women in Polish Political Science: From Diagnosis to Cooperation – conclusions and recommendations 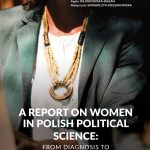 Over the past few years, the number of women involved in research and innovation has been steadily increasing (for detailed statistics see She Figures 2018 report). Furthermore, the international mobility of women researchers in the higher education sector is greater. However, this does not change the fact that gender is still an important factor influencing access to high positions at universities, hampering the progress in academic careers by ignoring women’s achievements or assigning women scientists’ findings to men. As European Commission factsheet shows, there is a high need for equal treatment policy in HE institutions, monitoring of female researchers’ needs and sharing good practices in supporting women’s scientific careers.

END_OF_DOCUMENT_TOKEN_TO_BE_REPLACED

Who was professor Józefa Joteyko? Konieczna’s paper in quarterly ‘Nauka’ (no 1/2019) 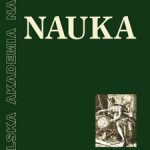 We kindly invite you to read the article of Seweryna Konieczna ‘Professor Józef Joteyko – The distinguished Polish scientist of the 19th and 20th century’, which was published in the quarterly ‘Nauka’ (no 1/2019)!

Józefa Joteyko was the outstanding scientist in the end of the 19th and in the beginning of the 20th century. Together with Maria Skłodowska-Curie she was the most famous woman and scientist of Polish origin in Europe. She was given the right to present her lectures in the Collége de France and she was, after Adam Mickiewicz, the second Polish lecturer at this great academy. She had committed her life to scientific disciplines which included child neurology, neurophysiology, psychology and pedagogy. She had managed to develop each of them evenly with the same progress and in relation to children. Such approach was aimed at understanding the child and gathering the knowledge about its character and predisposition. These was also meant to help in determining what kind of educational and professional way the child should take. The present-day psychological and pedagogic clinics are the practical fulfilment of Józefa Joteyko’s idea and we cannot imagine the contemporary education without the support of such institutions.

END_OF_DOCUMENT_TOKEN_TO_BE_REPLACED 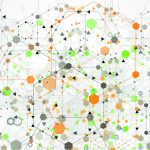 What are the most important research trends in the social sciences and humanities, which can be financially supported within EU funds? How to strengthen cooperation between SSH representatives and representatives of other sciences, business organizations as well as industry? What is the level of integration of social sciences and humanities in the current framework programme Horizon 2020?

Partial answers to these and other questions were provided by two events taking place in Brussels on 27-28 February 2019. The first of them Co-creating Horizon Europe. The impact of Social Sciences and Humanities on future generations was devoted to the role that social sciences and humanities should play in the next framework programme Horizon Europe, which aims to address the current social challenges affecting Europe. What is more, attendees could familiarize themselves with the results of the ACCOMPLISSH project, which can be seen as a platform connecting the academic community, representatives of European governments, industry and citizens. The second initiative Launch event for social sciences and humanities (SSH) integration report, was related to the publication of the latest report of the European Commission, monitoring the state of integration of social sciences and humanities in the current framework program Horizon 2020. One of the editors of the report is Mr. Krzysztof Kania, working in Directorate-General for Research and Innovation.

END_OF_DOCUMENT_TOKEN_TO_BE_REPLACED 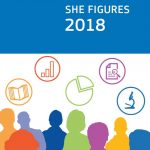 The number of women with a career in research is slowly growing in Europe. Still, they remain significantly underrepresented, and their potential not fully recognised and valued.

Equality between women and men is a core value of the European Union, actively promoted in all aspects of life by the European Commission. What is the situation in Research and Innovation? Are women participating and contributing to it to the same extent as men? Or is the so-called ‘leaky pipeline’, the phenomenon of women dropping out of research and academic careers at a faster rate than men, still prevalent?

END_OF_DOCUMENT_TOKEN_TO_BE_REPLACED 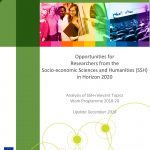 We recommend reading the document Opportunities for Researchers from the Socio-economic Sciences and Humanities (SSH) and Horizon 2020, prepared and published by the Net4Society project in December 2018. The publication contains a full range of topics in the Horizon 2020 contests in 2019 that are relevant to scientists, academics, researchers and other entities in the SSH area, including SSH-DEDICATED TOPICS, SSH-RELEVANT TOPICS as well as TOPICS WITH MINOR SSH RELEVANCE.

END_OF_DOCUMENT_TOKEN_TO_BE_REPLACED

Bulletin – a new issue of the Polish NCP’s newsletter

Speech by EU commissioner for research, science and innovation – Mr Carlos Moedas in Katowice, a list of Polish enterprises, universities and institutes that are successful in Horizon 2020 and an overview of the most important international events that have taken place in Poland in recent months – these are just some of the topics covered by the latest edition of The Bulletin by the National Contact Point in Poland.

END_OF_DOCUMENT_TOKEN_TO_BE_REPLACED 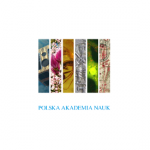 On the Polish Academy of Sciences website https://institution.pan.pl/images/ogolne/publications/folder_2017/Folder_PAN.2017_eng.pdf there is available a new version of the PAS folder. 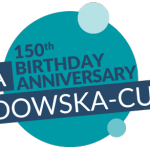 Brochures published by Warsaw Tourist Office are available at:

“MARIA SKŁODOWSKA-CURIE. I was born in Warsaw” http://www.warsawtour.pl/sites/default/files/article_brouchures/maria_sklodowska-curie_en_2016_0.pdf